Once a poner time candy ruled the world.One day Ice pop Jo who was a rainbow ice pop abandoned Princess Bubble floss and then he turned into a vampire with tow gigantic fangs. princess Bubble floss telported Evil Jo to the moon were he could do no harm.One day the sky darkend and the moon seemed to come closer and closer suddenly a ship crashed stright into Princess Bubble flosses bed room and when all the smoke cleared and there was Evil Jo the Princess was expelled  out the window soon the Princess was in the desert she looked arouned  and then she looked arouned and all she saw a gigant uinocn.

Once upon time  we  were walking in the woods  and heard gunshots  a zombie  statue was standing there like a tree. We weren’t scared of the statue because it was only a statue. Then it moved ! It was making noises that were muffled.  We then hid in the woods with our camo coats so the statue couldn’t see us. The statue was hovering like a jet plane looking for us . We had to stay hidden because it wanted to take us into his lab and do experiments on us. He flew pass us and we ran in the woods back to the car .

In the wood screemer in a black rode he was born in 1786 . he is a goast the gost kiled  people 1000000 . In 1986 the goast stoped  killing and there was a postcard was found  but the people did not no who they were . The next year it started to get dark and that ment at the goast came to atack . And the people were perpaird to fight . And a lot of poeple were frozon but the goast was killed . And he went to be under the grownd . There is a magic person is in inthiserble . And the people won the battle and he was nether to be seen. by charlie and hayden .

Once pon a time a boy named Steve and he billta a unded portal and when he got there he saw blud and bones every were. He went up to him and his eyes flashed open his eyes are yellow and his clowk is black.’thank you for releecing me!’OK I mite go over there out of your way so you can get on . Your not going eney were boy . Ho no. ar . Flash  you are one of me now .no .I will give you a new name how about rook flash.

By Megan and Jacob

Death is a invincible , indestructible ghost  that destroys the world . On day he will be the ruler of the hole entire universe . He looks scary and when he jumps he makes bones come out of the ground and skulls come flying from the sky when he says hello miserable world . Death has came from the land of Deadpool to smash the world and kill every person in the dimension to be the only person in the world and rule the world and he even can shoot the world satellite and be king of the universe and live in Buckingham palace .

Once there was a man in a magical, dark, black cape and he had bad magic powers that destroyed people that are superheros expect one which froze him and he was lock in a place for thousands of years.  One day a henchman unfroze him with his unfreezenator. Once again the bad guy destroyed the city and lots of superheros except one which was his father !!!  His father commanded him to stop but his son didn’t listen and kept destroying the world. His froze his son in place again in the hope that he would never hurt anyone again and the henchman was destroyed.

Up in space the black JEDI got shot in the arm because the black JEDI and  Chewbacca was having a fight . He floated down to earth and when he reached the atmosphere he fell and went bump in a big tree god was angry with him because he could use the force so god turned the black JEDI into stone but back up in space there was a great fall every bad guy fell and turned into stone as well   so the dark-Vader was angry he took down Chewbacca and loci and the fight went on till 9099 and the fight started at   7071 the end

by Rowan and heath

A ghost went in the pretend statue and went under ground. He saw a glow up stone. It made the statue arms move because it had special powers., Then the glow up stone went missing. The real ghost broke the tree, lucky it didn’t hit the statue, he was trying to fine lots of special stones.Then he found fifteen stones which he use to make a special potion to make the statue come alive., but it didn’t work .Instead it made the head fall off the statue and the leaves on the tree fall off. The ghost then disappeared back underground until more stones appeared.

Once upon a time in Africa in a big cave was a jewel if some one stole it all the animals will die and diaper. One sunny  spring morning a thief spy wanted to steal the jewel but he did not know animals would die and diaper . He stole the jewel and got a enforced jewel and said to his friend”but where will we hide it all?”. But an old about to die lion said a thief spy stole our jewel  the police went to gaga swamp where the thief spy lived they took him to south Africa’s prison and all the animals came back to life the end.

by Ben , Dylan and Heath

by charlie and  hayden. 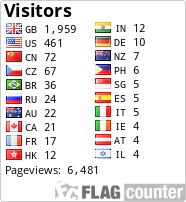